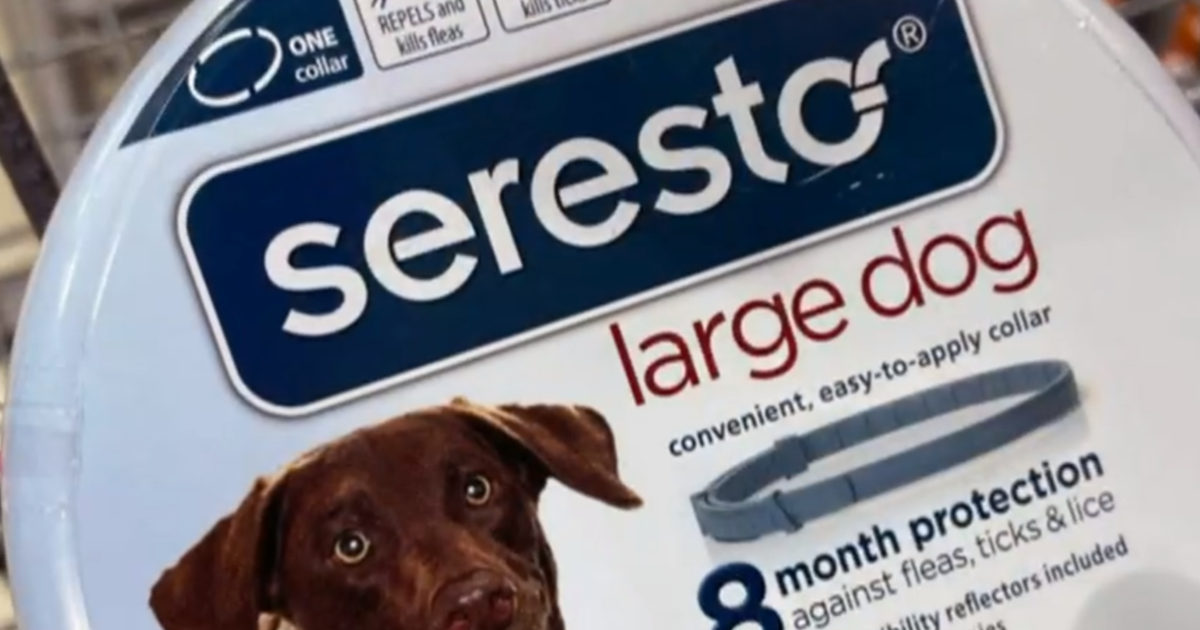 Seresto flea collars may be linked to nearly 1,700 pet deaths

Members of Congress are demanding one of the largest single product recalls in U.S. history after a top-selling flea and tick collar was linked to the deaths of nearly 1,700 pets and hundreds of injuries to humans.

“When we put the collar on, everything changed and was like a switch just flipped,” Alex Jaeger said.

Alex Jaeger and his mother, Eleanor, say two months after they put a Seresto collar on their golden retriever Blake, he developed seizures. They say their veterinarian gave Blake epilepsy medication, but the dog has never been the same.

“I don’t want anyone to ever go through this,” Eleanor Jaeger said.

Karen Pisano said one of her two 4-month-old kittens fell ill within two days of putting their collars on in August. The legs of her orange tabby, Oscar, began twitching.

On a veterinarian’s advice, she says she immediately removed the collars but Oscar died that night.

Flea Collar May Be Linked to 1,700 Pet Deaths

March 19, 2021 — A top-selling flea collar that may be linked to the deaths of nearly 1,700 pets and hundreds of injuries to people should be recalled, a U.S. lawmaker says.

Since the Seresto collars were introduced in 2012, there have been more than 75,000 incidents — ranging from skin irritation to seizures to death — reported to the U.S. Environmental Protection Agency, according to government documents obtained by a nonprofit group, CBS News reported.

Congressman Raja Krishnamoorthi wants a recall of the collars, which contain two different pesticides to combat fleas and ticks.

“I think that it’s only appropriate in this case that the manufacturer do a voluntary recall,” he said, CBS News reported. “We look at the situation, investigate and then proceed from there.”

Retailer Elanco says the collars are safe. The “incident report rate … in the U.S. has been below 0.3%” and the majority “relate to non-serious effects” such as skin problems, according to the company.

Elanco says it will not issue a recall. That’s something that would be up to regulators, a company spokesperson told CBS News.